From January 1st, 2017 the Queensland Laws for smoke alarms in residential dwellings has changed!

Are you up to date with the changes?

Legislation changes apply to existing properties and new buildings. Dwellings that are resident-owned as well as properties for lease (new and renewal), and for sale. The vast majority of changes will be implemented over time. However, there are some changes effective immediately.

Smoke Alarms in all Dwellings Must:

In addition to the above requirements, smoke alarms must:

Placement within the Home by 2027:

By 2027, smoke alarms must be located on every storey, in every bedroom, and in the hallways from which bedrooms are connected. If there are no bedrooms on a storey at least one alarm must be present. This smoke alarm must be installed in the most likely path towards the dwellings exit. 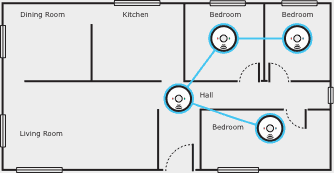 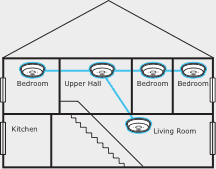 Dwellings for Lease or Being Sold:

Just as above, smoke alarms must now be photoelectric and no older than 10 years. Similarly, existing hardwired can only be replaced by hardwired devices.

No other major actions need to be taken within 2017 for property owners. However, standard tenant and owner testing obligations still apply.

The Queensland Fire and Emergency Services encourage owners to make the move as soon as possible. Installing smoke alarms on every storey, in every bedroom and in the hallways from which bedrooms are connected. With at least one alarm present on the exit path of a storey without bedrooms.

The placement as mentioned above will be strictly enforced. This means there must be a smoke alarm:

Unlike existing dwellings, new and dwellings being compressively renovated will not have a leniency time to adapt to changes.

From 2017, New and Renovated Property Alarms Must: 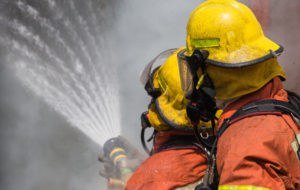 Smoke alarms must be placed on the ceiling, where possible to do so.
They must not be placed;

More specific location requirements can be found in the Building Fire Safety Legislation 2008. As well as information about where an alarm may be placed should the prescribed location be impractical (i.e. it may be affected by steam from a shower).

While many of the legislations changes are going to be implemented over time, it is best to be ahead of the curve. Being aware and prepared will prevent you from receiving a major fine. Let the team at Fuse Contracting help you wade through the legislative muck, get to the core of the changes and help find the best products and applications for you!